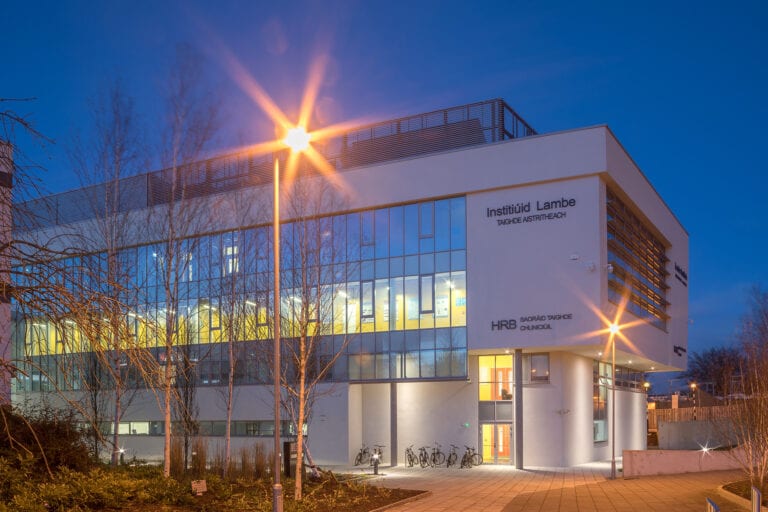 NUI Galway breast cancer specialists contribute to international study on the identification of nine breast cancer risk genes. The study includes analysis of more than 113,000 women worldwide
This study defines the genes that are most clinically useful for the detection of breast cancer risk.

Breast cancer investigators in the Lambe Institute at NUI Galway have collaborated on a pivotal international study into breast cancer risk which was published in the New England Journal of Medicine today (Wednesday, 20 January). The results of the study have identified that there are nine specific genes associated with breast cancer risk.

Contributing authors Professor Michael Kerin, Chair of Surgery at NUI Galway, Director of the Cancer Managed Clinical Academic Network for Saolta University Health Care Group, along with Dr Nicola Miller, Lecturer in NUI Galway’s School of Medicine, have directed the Breast Cancer in Galway Genetics Study (BIGGS) since 2008. DNA samples, which have been collected from 2,000 Irish patients and controls have contributed to the findings of this paper, and to numerous high impact publications in the past decade.

Led from the University of Cambridge, the BRIDGES (Breast Cancer Risk after Diagnostic Gene Sequencing) study aimed to identify women at high risk of breast cancer and to develop sensitive and informative gene panel testing for the prediction of breast cancer risk. Gene panel testing is a technique in which a number of specific genes that are linked to a particular genetic condition are examined at the same time.

Gene panel testing for breast cancer susceptibility is widely used, but there is only weak evidence for cancer risk association with many genes. The BRIDGES study tested 34 potential “risk” genes from 60,466 breast cancer cases worldwide and 53,461 controls (patients who did not have breast cancer) from 44 international studies in the Breast Cancer Association Consortium. The study found that variants in nine genes were associated with breast cancer risk (ATM, BRCA1, BRCA2, CHEK2, PALB2, BARD1, RAD51C, RAD51D, TP53).

Professor Michael Kerin, who is also Research Director of the National Breast Cancer Research Institute, a voluntary national charity that funds a comprehensive research programme at the Lambe Institute in NUI Galway, said: “With this study we can identify the members within families who have abnormal genes that puts them at a higher risk of getting breast cancer, and they can avail of strategies such as early screening and risk reduction surgery, in order to improve their life expectancy.”

Professor Kerin said that the success of this research is testament to the power of bio-banking and the need to futureproof research:  “Having a set of bio-banked samples and the ability to closely follow up with these patients has enabled us to add value to international research studies and improve the knowledge base around breast cancer risk.

“The BRIDGES study has revealed that changes which were thought to be unimportant in the well-known breast cancer genes, BRCA1 and BRCA2 are significant, and this allows us to manage the risk of developing breast cancer in people affected by these gene alterations.”

Acknowledging the support of breast cancer research charity funding, Dr Nicola Miller said: “This work highlights the importance of collaboration in breast cancer research in the generation of data of global significance. It helps to better define the genes associated with breast cancer risk. While we can’t change the genes we inherit, this knowledge will benefit patients undergoing genetic testing for breast-cancer susceptibility. We gratefully acknowledge the ongoing support of the National Breast Cancer Research Institute for funding the Irish contribution of this study.”

The team, based in the Lambe Institute at NUI Galway, are the only Irish investigators contributing to this study. Biological samples and data from the BIGGS group are part of the Horizon 2020 funded BRIDGES study.

The NUI Galway BIGGS study has included 1,000 cancer patient samples and 1,000 population-based controls recruited specifically from hospitals in the West of Ireland since 2001 and from community/retirement groups in this region from 2001-2008.

A copy of the study, ‘Breast cancer risk genes: association analysis in more than 113,000 women’ in the New England Journal of Medicineis available at https://www.nejm.org/doi/full/10.1056/nejmoa1913948.

Our Board and Team